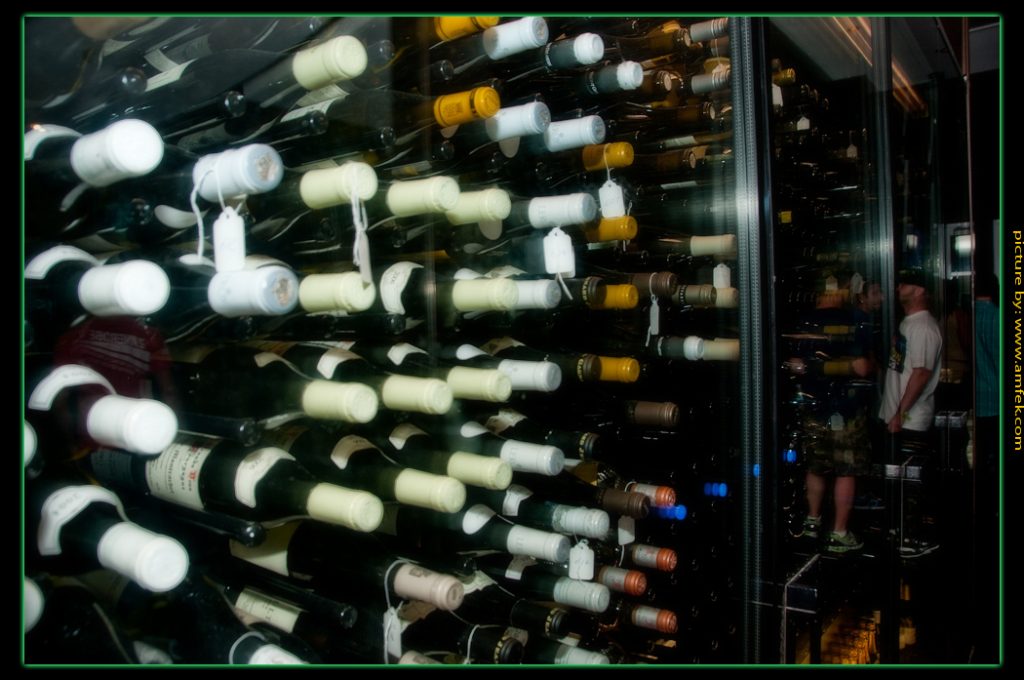 Before we begin, let’s educate ourselves on these initiatives:

In short, both initiatives are about privatizing the liquor stores and altering some of our highly outdated laws in the State of Washington. After reading both initiatives and mulling them over for weeks, we have decided to support I-1100 and not support I-1105. For the most part, both initiatives are quite similar. But there is a glaring problem with I-1105 and that’s on page 1, section 3. In short, it directs the liquor board to report to the legislature on a recommended rate of taxation on liquor. Now, I want you to keep this thought in your mind as you read this 4 page document from the state:

After reading this document, do you really trust the liquor board to come back with a fair tax that Washington State citizens should pay on beer, wine, and spirits? I surely do not trust them at all! If you figure that the 51.9% markup is going to be taken out of the equation by I-1100 or I-1105, what do you think the liquor board would do in the case of I-1105? They’ll just take most, if not all, of the markup and add it to the tax. The state is already admitting that the taxes on liquor are the highest out of all of the states and they are purposely marking up liquor to shore up the budget shortfall in our state. With I-1105, they may appear to be losing power, but in reality, they’ll be controlling the show on the back end. These few reasons alone are enough for us not to support I-1105.

I-1100 not only would privatize the liquor stores, but it also keeps the current tax in place and eliminates the markup. Now, you may think to yourself, “Wouldn’t the stores just mark up the cost of liquor by the same measure as the state?” The answer to this is no. We will naturally see some markup, but because of increased competition in the market place, the markup will be minimal. We have seen proof of this across many states around the country and we don’t see any reason why this same competitive environment won’t happen here.

This article offers a decent amount of analysis between the two measures.

This is where the fun begins! If you have been following me on ITV Live the DJ Sessions, you may recall what I said the “Vote No” campaigns would do in response to these initiatives. If you didn’t happen to see it, in short, I said they were gonna come up with some ad with a bunch of little kids looking all mesmerized by the new liquor bottles and they were going to somehow have a way to purchase them and have a big raging party! Then you’re gonna see some sappy looking mom looking all distraught because her kid is drunk. This is to intimidate you into believe that the “Vote No” campaigns are all about protecting our children. Think back to the liquor tax document. Do you really think the state is concerned about protecting our kids from alcohol? Now, to be fair, in a way they are. However, their main goal is to sell as much alcohol as possible to close the budget gap! The more control they have, the easier it will be for them to achieve this and make a ton of money along the way.

For your viewing pleasure, here are two sappy ads they came up with that are supposed to make you cry and vote no on both initiatives:

A Mother Speaks Out

Doesn’t that just make you wanna vote no 😀 ??? When was the last time you were out-of-state and you saw a big huge sign that said, “LIQUOR!!!!!”, just outside of a gas station? I’ve traveled to many states and I have not seen any signs like this. I also have not seen a bunch of crazy kids at gas stations hopping across the hood of  cars in excitement because they got their precious bottle of alcohol! These ads are a bunch of crap that don’t depict reality! You know how most kids get alcohol illegally? Their older relatives, friends, and parents!

Did you also notice the common link on these two commercials that refer to these “stings operations” that prove that 1 out of 4 stores sell alcohol to minors? Do you know what these “stings” entail? The liquor board seeks out people who look like their “of age” to drink alcohol and sends them out to purposely go to stores to try to buy alcohol. The goal is to see if they can catch people in these “gotcha” moments and see if store employees ask for ID and/or can identify a fake ID if they do ask for ID. I have been highly critical of this “gotcha” tactics because it doesn’t prove if a store employee would purposely sell to a minor or if they just made an honest mistake. There are much better methods to prove this and I can tell you that almost everyone follows the law in this state. You’re always going to have bad apples in the bunch regardless if these initiatives pass or not. However, this is not a good enough reason not to vote for I-1100 and it’s a very weak attempt to convince you otherwise. In addition to this, the state makes a ton of money on fines which is another reason why they use these tactics!

Now, let’s watch the EMT ad they came up with which talks about the loss of revenue to state services

This is also another stretch because if you remember, the tax isn’t going anywhere in I-1100. The only thing that’s getting eliminated is the markup. The state uses the tax dollars for the state general fund, including any markup. So please tell me how there is going to be a new $200 million dollar shortfall for fire and police services? With the addition of more accounts and stores across the state, the state stands to gain more in tax revenues than any year prior because of increased access to product. This is also another tactic to get you to vote no that simply is not true. If the state did have a shortfall of $200 million dollars for services, it would be because they created it by allocating money elsewhere.

The final ad I want to show you is the winemaker ad. This has been a huge argument among large and small wineries in this state.

To start off with, I want to let you all know that Darby is a great guy and great winemaker. So, I don’t want anyone to think I’m picking on him as person. I don’t know if he is truly not supporting these initiative or if he was merely asked to help out with the campaign. With that clear, let me provide you with a quote in response to this ad:

“I don’t buy the TV ad that’s been running about how our state winemakers will suffer…that’s a very short-sited argument. What the ad is trying to say without saying it is that wineries fear they will lose shelf space to spirits in the grocery stores…no way…grocery stores are all about the profits and if anything, they will eventually expand shelf space for more wine and spirits. Also our friend Darby in the ad doesn’t even make enough wine to distribute to large chains which is true for over 60% of our wineries…Think about the size of most WA State Liquor store’s Washington wine section – small.”

I decided to test this theory out as I walked through my local liquor store. The Washington Wine section is indeed very small and tends to only carry high production wines. People, I’m going to tell you this right now. When I go out to buy Washington Wine, 95% of it comes directly from the winery itself. I rarely go to the store to buy Washington Wines and that practice will continue. Some of the best Washington Wines , you can only get at the wineries themselves and I don’t see any reason why this will cease to continue if either initiative passes. Further more, if small wineries are concerned about this, they could work together and collectively create new opportunities for themselves. There is no limit or restriction on innovation! So you cannot tell me that there are going to be a bunch of wineries out of business solely because of these initiatives. If anything, it will be due to a lack of marketing, understanding of social media, and the economy.

If you want to see something else that’s odd, take a look at this list of who’s endorsing the no campaign:

Isn’t it a little odd that the Washington Beer & Wine Wholesalers Association is pouring money into defeating these initiatives? Well, if you recall our H.R. 5034 – The Bill of Greed article, you will clearly see that they are trying to defeat this measure because it takes them out of the loop. They are using the same tactics as they are in H.R. 5034 by acting concerned about saving children from underage drinking when they are only concern about protecting their profit margins. Don’t be fooled people!

Can’t We Just Vote for Both If We Can’t Decide Between The Two?

This is the final point I’ll leave you with. You can certainly vote for both initiatives, but you’re not going to like the outcome if both initiatives pass. If both initiatives pass, the issue goes to the state to decide on. From there, the state can pick and choose which parts of both initiatives they like better and then vote on it from there. If it passes with a two-thirds vote, that’s the new law. If not, then it goes to the courts to decide. Think back to the liquor tax document and how I-1105 is written vs I-1100. What parts do you think the state will take the most from? It is my best suggestion that if you cannot decide between the two, choose I-1100 vs I-1105. It’s up to you to do as you please because it is your vote, but that is my best suggestion.

Well, I hope you found this piece to be informative. We shall see how the votes decide in November!